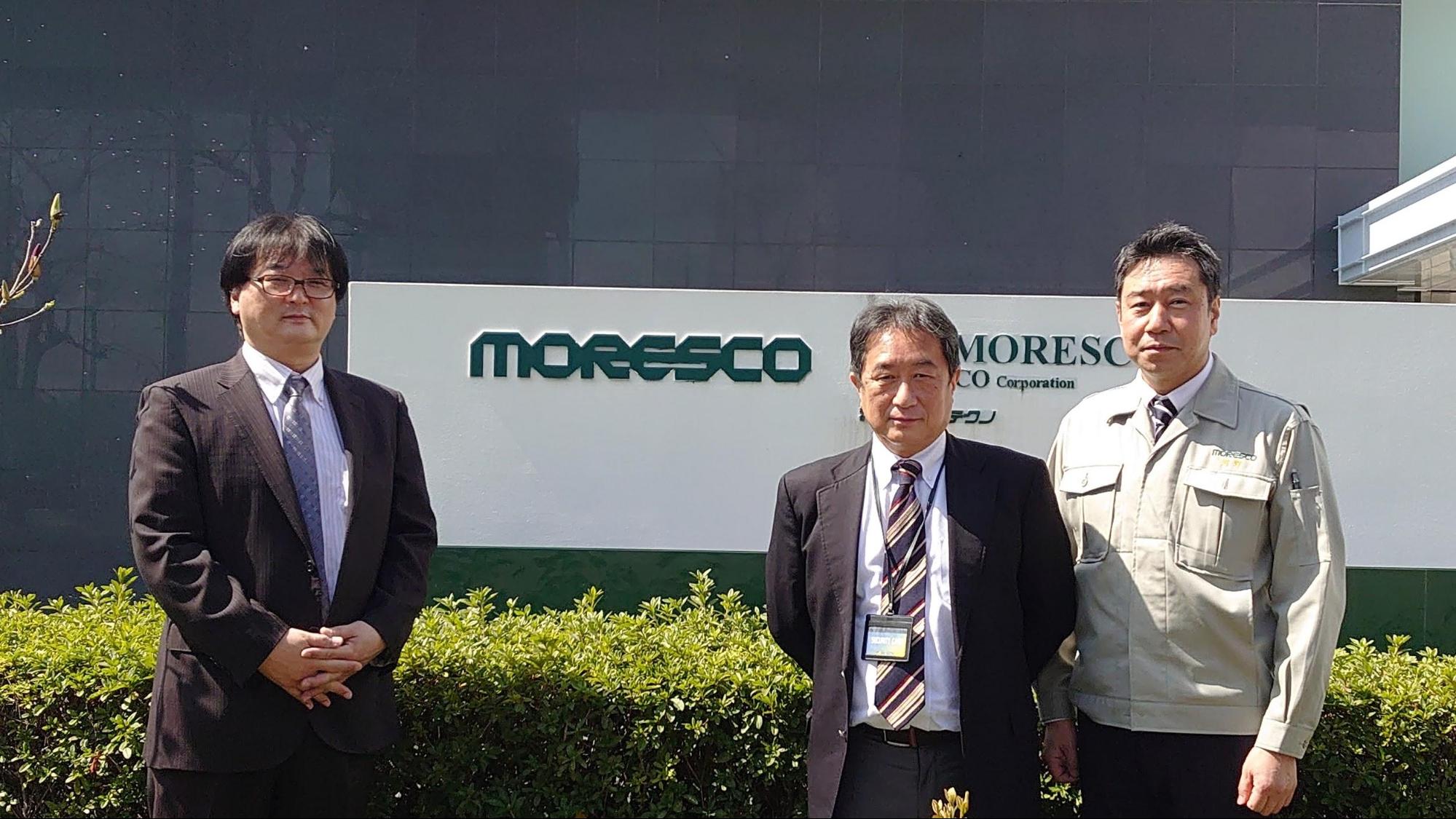 First of all, could you tell us about your company?

Since its establishment in 1958, MORESCO, as a research and development-oriented company, has always been engaged in the manufacturing of one-of-a-kind products such as special lubricants, synthetic lubricants and hot melt adhesives based on its unique blending and synthesis technologies. At present, we are expanding our business globally, with operations in China, Southeast Asia, North America, and India. We are involved in a wide range of industrial fields, including automobiles, sanitary materials, information systems, machinery, steel, and energy. Our products are an integral part of the production process. We continue to take on the challenge of being a company that can contribute to society and aiming to be a company that, though small, shines a sparkling light on the world.

Google Translate has its limitations.
I was looking for translation accuracy that would allow me to properly understand foreign laws and contracts.

What challenges have you faced so far?

Up until now, translation work has been done manually on the web with a dictionary in hand, using Google Translate and Yahoo! Translate. As overseas expansion increased, so did the variety and volume of documents, and the time spent on translation increased.

I wanted to reduce the time and effort spent on translation, even if it meant spending more.

The word "translation" used to make me depressed, but now YarakuZen has brought light to my days.

What was the background and deciding factor for the YarakuZen introduction?

I was looking for some tools and found YarakuZen. I was surprised at how good the translation results were when I did the free trial. The translated file also outputs in the same format, and I thought it was the only way to go!

What kind of effects have you felt since the introduction of the system?

We have offices in Thailand, China, the United States, Indonesia, India, and other countries, and we need to get supporting documents in the local language to audit our subsidiaries there. I managed with web translation, but it took me three to four days just to translate the documents. Now I can translate everything in just a few hours. The previous translation process took so long that we couldn't even get a local person to translate for us, and we thought YarakuZen was a ray of sunshine!

In addition, as our overseas operations expanded, we began to conduct research on chemical substances and export regulations for each country in the local language, and translated many contracts and other documents due to the adoption of software from American companies. I had to manually translate all the contracts that were sent to me in English, with free web translations and dictionaries in hand. When the laws of each country were involved, the free web translation had its limitations, and did not make sense when read. Especially since American law is completely different from Japanese law, we needed a translation that we could fully understand.
For this reason, although expensive, we sometimes outsourced translation work as needed for compliance purposes.

YarakuZen is very useful because it transforms such difficult documents into easily comprehensible Japanese. Of course, we were able to reduce the cost from outsourcing translation work; and if anyone in the company had trouble, we'd introduce them to YarakuZen, and slowly, but surely, our user base grew!

Multilingual support is another good thing about YarakuZen

How do you feel about using YarakuZen?

It's very easy to use and helpful. I have never felt any inconvenience. It can be used without a manual, so it's really easy for anyone to use. I especially like the drag-and-drop interface, but you can also enter text directly and it's user-friendly. If I had to express, is like a "quick translation".

I also appreciate the large number of languages very much. In recent years, the number of suppliers has increased, and the Indonesian language in particular has been very helpful. I also use Spanish and Russian a lot.

I'm very happy with the current translation results, but there seem to be a lot of features I'm not yet taking advantage of, so I'm planning to use them more conveniently in the future!

Finally, please tell us about your company's future prospects.

As for the company as a whole, we are promoting global expansion, and I think it will accelerate even more. Because we are mostly involved in the automotive industry, we were damaged by the Covid crisis last year, but fortunately we have many other businesses, such as the hot melt business, so we feel that we have diversified our risks. In the future, we plan to focus on the life sciences as a new field.

We are looking forward to MORESCO's future endeavours. Thank you so much!