Of course, people from Latin America will understand Spanish people and also vice-versa. But overall, there are plenty of differences in terms of grammar, pronunciation and dialects that are worth having a look.

So, if you have decided to learn Spanish from either Spain or Latin America you shouldn’t be worried about understanding other Spanish as you will be able to recognize both as they are mutually intelligible.

Are all Spanish the same? 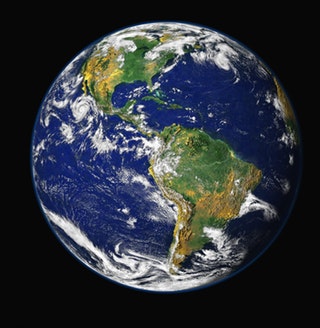 There is, however, one thing you must keep in mind, there are even more differences in the Spanish found in Latin America. This is because Latin America is formed by more than 10 Spanish-speaking countries, so there is not a Latin American Spanish that applies to all the region.

Overall Spanish has a common grammar and vocabulary that is widely used. However, Spanish also presents several variations, especially within the same continent.

In fact, there are plenty of other languages that are spoken in this geographical area (such as indigenous or native languages), and each country has their own slang, accents and even rules for grammar.

The two Spanish are almost the same, of course they have some variations especially since the language did evolve in Spain but it didn’t evolve as much in Latin America (this is very common in former colonies, especially when a new language has been introduced, implemented and ordered to be used as a form of continuous colonization).

So, what are the differences between Spanish from Latin America and Spanish from Spain? Continue reading to find out:

1. The use of pronouns, either vosotrosor ustedes:

In Latin American Spanish the word vosotros (you, plural and informal) is not used like in Spain. In fact, Latin Americans use a completely different word, ustedes.

So if you are learning Spanish from Spain then you must remember another verb ending for the word vosotros.

For example, in Spain you would say: ‘’¿Vosotros queréis salir?’’ (Would you like to go out?).

In Latin American, you would say: ‘’¿Ustedes quieren salir?’’ (Would you like to go out?).

Both sentences ask the same thing, but if you look at them closely you will see the Vosotros/Ustedes and a different ending for the verb Querer (To Want).

Note: To make things more interesting, in places like Argentina, Paraguay, Uruguay and in some areas of Colombia, Venezuela and Central America, you will notice they use the word vos to talk to tú (or to you, singular) in an informal matter.

change, in fact, they are universal in all geographical areas where this language is spoken.

There are, however, some specific differences in the meanings of words that go hand in hand with the culture and history of places.

One of the biggest and most noticeable differences between Spanish from Spain and Latin America is how they sound. The way words are pronounced in both of these places are very, very different.

A lot of people in Spain speak with a lisp (and even though this is not technically a lisp, it is the best way to describe it, as it is a completely different way to pronounce).

However, in Central America the final s isn’t pronounced all the time, in fact, sometimes it’s eradicated altogether. Furthermore, in Argentina and Uruguay, the double Ll is often pronounced as ‘’sh’’.

It is definitely interesting to observe (or hear!) how pronunciations change all throughout the world, especially with such a beautiful language such as Spanish.

Seseo means that letters C, S and Z are read as if they were the ‘’th’’ in Spanish from Latin America. However, in Spain, they make the distinction between the specific sounds each letter has.

For example, the word Gracias (Thanks), will be pronounced as ‘’Gras-yas’’, whether in Spain it would be ‘’Gra-thias’’.

What’s more, the differences that do exist between Spain and Latin America’s Spanish are more of a source of amusement than a difficulty of communication.

Every language in the world has its own characteristic features, as they all represent the cultures where they have bloomed, the ways of how their people interact and how the idiosyncrasy has evolved or remained the same.